I dream of the Atlantic

About the plan to sail the blue ocean

A little over a year ago, I wrote a sentence down: “I dream of the Atlantic.” At the beginning of this a boat was chartered and I spontaneously hired a boat to make the best use of the remaining holiday from the old year. After my last , I never wanted to board a sailboat again.

Why I never wanted to go aboard after my first cruise

My first sailing trip on the sea was in June 2018. I no longer wanted to travel alone and wanted to share my experiences. By chance I came into contact with the Soul Sailing Crew. The founder Uwe invited me to join them on a trip. Sail & Yoga was the theme and I was immediately enthusiastic about the concept. People at my age on board, as well as a yoga teacher and a sailing instructor. The trip was to start in Olbia, Sardinia and went north along the Costa Smeralda to the La Maddalena Archipelago National Park. To the “Caribbean of the Mediterranean” so they say. The water was emerald green, the sunsets were violet and the atmosphere on board was very harmonious. Every morning and every evening yoga and meditation was offered ashore. During the day we sailed from one breathtaking bay to another.

I found an indescribable lightness and balance in myself. My mind suddenly felt free. My first sailing trip was so fulfilling that my mind resisted to do another trip.

My fear: it will never be as wonderful as it has been.

The first sailing on the Atlantic Ocean

That’s how I still put it eight months later when Martin called me. His plan: The circumnavigation of Lanzarote, the fourth largest island of the Canary Islands in the eastern Central Atlantic. Martin talked about his experiences of sailing the Canaries. He talked about waves that were high and long so that the land disappeared on the horizon and the boat moved up and down between the waves like an elevator. He talked about whales, turtles and dolphins. So I remembered this sentence I wrote in 2018: “I dream of the Atlantic”.

When the waves piled up directly behind the harbour walls and the hull of the sailing yacht crashed through them, I sat on deck, my life jacket on and clicked into the fuse, and smiled so wide that the next day I was bound to sore my cheeks. It turned out to be even more wonderful.

The wide grin and the euphoria washed off in the following days and feelings of contentment, balance and self-sufficiency took up space in my head. I had found something in myself that I wanted to hold on to – My personal momentum of happiness. Freedom on the wind.

The search for lightness and freedom

I did not succeed capturing those feelings that I had just experienced. Can you keep the feeling of freedom when you go back into your own cages?

I began to look for it. Four weeks later I took part in a skipper training session in Greece and observed once more how I became light again as the boat left the harbour. Compared to the powerful waves of the Atlantic, the Saronic Gulf was smooth and steady. And my head found that lightness and freedom again.

What had to fit together was put together. I did not rush anything. A few weeks passed and I quit my job. I didn’t know what to expect afterwards – a large part of me was afraid of this uncertainty, the other part looked to the future with confidence. In my head, an infinite number of possibilities were overturning that could reveal themselves to me. The sheer endlessness of options and experiences behind it took over my mind. But no idea resulted in a good gut feeling. But a Facebook post would soon change that.

Sailing Maia, that are Peer and Claudia and their eight-month-old son Leo. They wrote in their apost that they would like to take their boat across the Bay of Biscay before the storms in autumn will begin. They are looking for fellow sailors. The timing was perfect: at the beginning of August the Maia is to leave its home port in Flensburg and will be brought to Almeria, Andalusia. A milestone cruise, through the Baltic Sea, the Kiel Canal, the North Sea, the English Channel, along the Bay of Biscay and finally through the Strait of Gibraltar. A distance of about 1800 nautical miles, the equivalent of 3333 kilometres. There it was again within reach: The Atlantic Ocean.

This time the gut feeling was right, but the spark of courage was missing to apply me as a crew on the Maia. I let a few days pass, but the post didn’t get out of my head and I began to carefully tell friends about it.

Finally I took my mobile phone and wanted to give it a try. I wrote an e-mail and attached to it a small video, in which I personally wanted to say hello and introduce myself. My heart was beating up to my neck and the camera was shaking because my hand in which I held the phone did not want to stop trembling.

One day later the answer followed, I was on their list of favorites. A video chat in group with the desired crew of Peer and Claudia followed a few days later. We introduced ourselves, the plan was discussed, expectations and wishes were exchanged and in the end we asked for a binding commitment.

“Yes, I am most definitely in!”

Travel preparations for an unspecified period of time
Since then the weeks have flown by. The travel preparations feel as if I had suddenly taken a second job. A seemingly endless to-do list, on which new things always complement each other as if by themselves: Vaccinations, insurance policies, administrative formalities, travel banking, tax declaration, finding subtenants, buying camera accessories, first aid kit, and many, many small things on top.
The preparations are for a trip that is likely to be longer than a trip across the Bay of Biscay. The idea is to sign up as a crewmember on more boats and seize opportunities along the way.

On to new shores

Meanwhile, I had the last working day in my first job and slowly started to say goodbye.
It’s hard to talk about destinations when I want to be crew aboard traveling the route of the boats. But I know that my dream is within reach. I want to experience more of the Atlantic, the place where I found my personal momentum of happiness. My freedom on the wind. 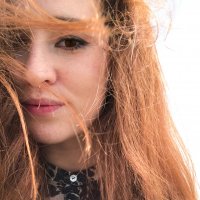 I'm collecting freckles all over the world. My passion is sailing. I've quit my job to sail full time and cross oceans. I will share my experiences with you. 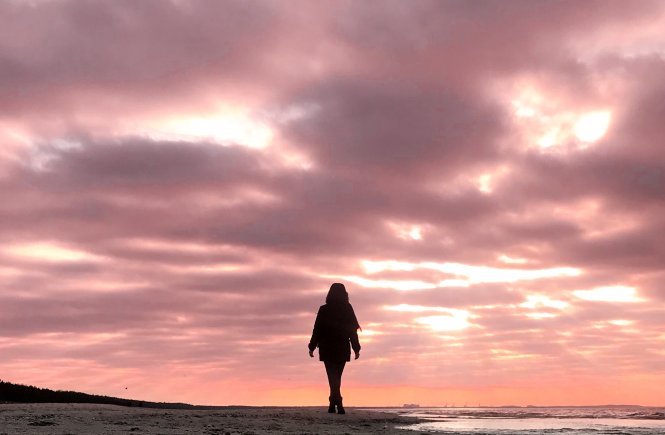 No one is any good at saying goodbye 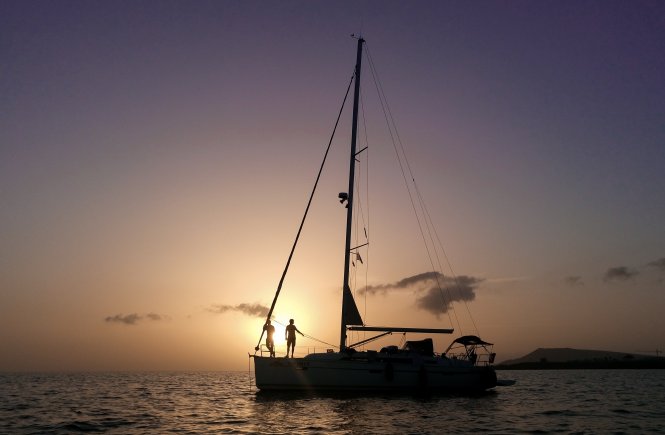 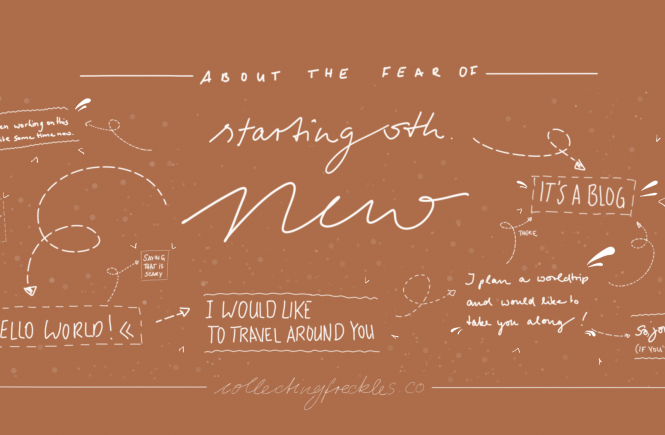 About the fear of starting something new

You can find out more about which cookies we are using or switch them off in settings.

This website uses cookies so that we can provide you with the best user experience possible. Cookie information is stored in your browser and performs functions such as recognising you when you return to our website and helping our team to understand which sections of the website you find most interesting and useful.

Strictly Necessary Cookie should be enabled at all times so that we can save your preferences for cookie settings.

If you disable this cookie, we will not be able to save your preferences. This means that every time you visit this website you will need to enable or disable cookies again.